Song of the Week: “Broken”

Sometimes in musicals, people get MAD! (And it’s usually me. In the audience.)

This time it’s Travis, whose little brother has not only stolen his girlfriend (well, ex-girlfriend), but has also gotten her pregnant and is about to throw his promising future away in a misguided effort to step up to the plate. This is Travis licking his wounds after they’ve had it out in a drunken brawl. (Did I mention this is an adaptation/modernization of an O’Neill play?)

Once again, hats off to Eric Michael Krop for nailing this vocal! If they gave awards for demos nobody’s likely to hear, he would get nominated, definitely. Which, frankly, should be enough. 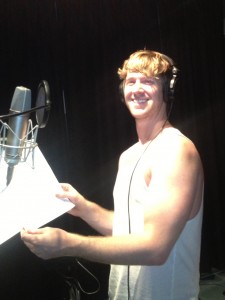 This pic was too big, but then I kropped it.