Hey, muffins! I know it’s been a minute since I wrote you last – lots of new stuff brewing up here in my magical slum! I will fill you in on recent developments in a forthcoming post (does anybody still read these?), including an update on brand new baby Horizon – but here’s a quick heads-up on something I’m doing next week. 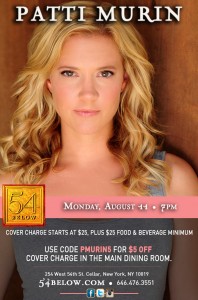 The show is called “Patti Murin: Literally.” Or maybe it’s “Literally Patti Murin.” I can’t remember, because it does not appear on this poster. Which, ya gotta admit, is kinda deep.

On Monday, August 11, I will be musical director for the hot mess you see on the left of this page. Her name is Patti Murin, and she is a Broadway star who is hilarious and sings like a maniac. In fact, she pretty much does everything like a maniac. Because she is a maniac.

I first met Patti when she came in to do some Horizon demos (like this one!!), and again when she was cast in an industry reading of a new project I’m orchestrating (more on that soon). Recently she asked me to MD/arrange her very first solo show at the fabulous 54 Below. That’s what she calls it, a “solo show.” I know, right? And yet… there’s a band. And guest stars. I know a cabaret when I’m in one. Once a carney, always a carney. (One of us! One of us!!)

She’s really terrific, so you should come. Also, she’s an actress, so if the entire Eastern seaboard doesn’t show up, it’s gonna be my fault somehow. So help a sister out. And Patti!

Lindsay Mendez is a brilliant singer and actress. This is a song about a hooker.

Produced and recorded and written and arranged and played and get a life by MH
Vocals recorded by MP Kuo at lofish, NYC

Happy Holidays from My Neighbors!!! 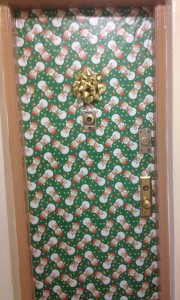 This picture was taken this morning.

I don’t know my neighbors, or why this is still happening. They seem friendly enough, in their own furtive way. They used to have this little yappy dog that screamed all day and night until they freebased it, or God knows what. I’m not judging, except yes I am.

I just thought this could serve as a handy reminder that Daylight Saving Time begins this weekend! Now we’ll have even more sunshine in which to view all that blackened, frozen-solid snow lying around. And yes, I think it’s too early: DST isn’t a birthright; it’s earned!

Back in the 70s, there was this thing called the Energy Crisis, where the Planet Earth ran completely out of fuel. (And then they found some more, or something.) Then, as now, the DST People pushed this once-joyous day all the way back to the dead of winter. Thing is, all these schoolkids in Florida kept getting hit by their short buses in the dark, so they had to change it back. I sense this latest stroke of legislative genius will also turn out to have been a temporary thing, after some necessary herd-thinning.

But until then, be sure to set your clocks ahead this weekend! To Not Christmas.

Song of the Whenever I Feel Like It: “Grace”

from Horizon
Performed by Some Hack

Over these last months that I’ve been neglecting the Song of the Week feature, I’ve actually been pretty busy making some up. And now, here comes one!

I don’t tend to share a lot of home demos from my musicals on here, because despite their protestations to the contrary, people tend not to know how to listen to them. For instance, they’ll hear me squawking out the girl parts like I’m falling down a well, and somehow conclude that I really want them to sound that way. Like that’s my vision.

But here’s a simple, unadorned one performed in plain old ordinary man voice. You don’t need to know a ton of plot to get it (I hope!) – suffice it to say that Jack, the dubiously empowered family patriarch, is hiding out in the nursery for a rare moment of sanity with his newborn granddaughter. (My unnervingly youthful collaborator Chip “Showbusiness-Hasn’t-Destroyed-My-Soul-Yet” Klose has placed the character’s advanced age all the way up there at 49 [Jack's, not the baby's], but I dug deep. Enjoy.)

Dry those tears, all few dozen of my loyal readers: I’m back! Recently, it’s come to my attention (because I, y’know, checked) that I have not posted any uplifting news about my glamorous existence since October of last year.

It certainly isn’t because I haven’t been near a computer all this time – I spent pretty much every day of 2013 working on two (count ‘em) full-length scores: You’re Gonna Hate This, the revue I did with Lindsay Mendez at Joe’s Pub last April, and the newly-minted Horizon, about which something cool is happening – hence this triumphant return to the blogosphere. (I mean, anyone who’s ever met me already knows that my exciting career has been at a virtual standstill lately [it happens - or doesn't, as the case may be {or not}], and if you’re on earth, you’re aware that there’s weather outside. Beyond that, what’s to write about?)

Turns out that little baby Horizon has been invited to Minneapolis, as part of Theater Latté Da’s NEXT Festival. My collaborator Chip Klose (book) and I (music and lyrics) will be spending a couple of weeks in early May workshopping what we hath wrought (and making snow angels, probably) – culminating in three staged reading-type performances, complete with audience feedback and terror! It’s a crucial step in the piece’s development, and we are excited and gratified for the opportunity so soon out of the gate. Did I mention terror?

I’ll be posting more about this in the coming weeks. In the meantime, my plan is to continue careening along the ragged brink of eviction, so feel free to keep vicariously living your showbiz dreams through Yours Truly. (The good news is I made so astonishingly little money last year that I only owe a few hundred bucks in taxes! The bad news is I do not have it.) 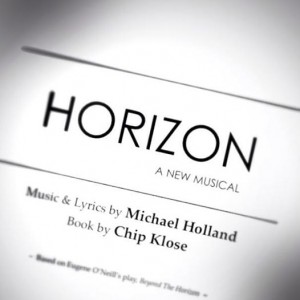 Typography by Chip Klose.
Photo of his own typography: Chip Klose.
(He’s like Prince, he does everything.)

Mashup of the Week: God Shave the Queen

Recently I took part in a new concert series called “Inspired,” curated by my friend Bobby Cronin, as a benefit for the ASPCA (not to be confused with ASCAP) and the Last Resort Animal Rescue (not to be confused with BMI). The concept was that a bunch of theatre composers would perform the songs which inspired us to actually become composers in the first place. Interestingly, most of us were initially corrupted by pop, myself included – my naively prescient weakness being a little quartet called Queen. (Makes ya wonder: had there been a band called Drunk, would I have been into them as well?) Today everybody just accepts them as an inevitability on the musical landscape, though it should be noted that back in the day this was not the case. Their music gets played a lot more now than it ever did then, as it didn’t usually fit the cookie-cutter preferences of the industry – glad that’s no longer a problem, eh, kids? And that’s why we’re all in the theatre: Land of Innovation! Yeah, right.

Anyway, I couldn’t decide on one Queen anthem (imagine that), so I picked a whole bunch. The scruff has been getting mixed reviews (like I care: I’m 50 and I do what I want), but the mashup went over well! So here it is – till the cease-and-desist arrives anyway. Enjoy.

Jingle of the Week: “Stand Up for Heroes”

This Sunday night I’ll be appearing in “Inspired” – a benefit concert series started by my friend Bobby Cronin to SAVE THE ANIMALS, which I am all about: everybody knows that all my pain-in-the-butt animals are rescues (for now, in case they’re reading this). The premise is that a bunch of musical theatre writers play The Songs That Inspired Them to Make That Fateful Wrong Turn Into This Semblance of a Career – but enough about me. Here’s who else is in it: Brad Alexander, David Are, Carner & Gregor, Drew Fornarola, Rob Rokicki, Georgia Stitt, Katie Thompson & Michael Patrick Walker. It’s at Stage 72, which used to be The Triad, which before that was Steve McGraw’s after it was Josiah Wheaton’s farm, and a dinosaur cave, and the Big Bang, and nothing. I’ve narrowed mine down to 14 songs, but I’m doing them all in the space of one – yeah, big shock, I know. Here’s Bobby’s blog about it, and links to tix, etc:

And now… your jingle. The Bob Woodruff Foundation sponsors this annual concert/standup comedy event in honor of military vets and their families. This year it’s happening at Madison Square Garden, and will feature the hilarity of Bruce Springsteen and Roger Waters, along with in-your-face rock shredding from the likes of Jerry Seinfeld and John Stewart – or maybe I read that wrong. In any event, I made up the music for the announcement, which is online here:

(or: “Higher Achievement Through Education”)
From You’re Gonna Hate This
Performed by Lindsay Mendez

As the little tykes toddle off to their first day of weapons confiscation at school, I thought I’d post the latest version of this number from “You’re Gonna Hate This.” There’s a live performance video of it elsewhere on this site, but the vocal on this recording is too good not to share with you guys. Besides, isn’t a heartwarming message like this one (namely, THEY’RE COMING, PEOPLE!!) worth repeating?

We don’t need no edumacation.

Vocals: Lindsay Mendez (& some little background ones by me)
The rest: MH
(Vocals recorded by MP Kuo at Lofish Studios, NYC)

Posted in Music, Musicals, Song of the Week | Tagged back to school, lindsay mendez, michael holland, musicals, song of the week, the kids oh my god the kids, you're gonna hate this | Leave a comment

Song of the Week: “He’s Angry This Evening”

Ran into the studio last week for a minute with The Lindsay Mendez, and managed to crank out a couple more ditties from You’re Gonna Hate This. Oh, look: here’s one now!

So here’s the deal. If your show has the word Hate in the title, the songs can’t all be fun romps about passive-aggressive old people or murderous busboys. Sometimes you actually have to go there, and this one certainly does. Even though it was written weeks in advance of some of this year’s more jawdropping headlines, the whole Hate team debated cutting this one from our April performance at Joe’s Pub out of respect. In the end, we agreed that we had to do it; sometimes art gets to be more than just an entertaining distraction. At least it used to. (Showing my age again?)

And besides, just listen to her on this thing. I mean, come on.

Song of the Week: Passing Through

From Horizon
Performed by Patti Murin

We’ve come to our sixth and final installment of Horizon demos this week. This number finds Amy, a young, recently married working mom, already questioning the choices she’s made in life. As she drives to and from her dead-end job every day, she can’t help thinking about Travis, the ex-boyfriend now on active duty overseas (and the older brother of her new husband). And then she tap dances!!!

That part may or may not be true, but we gotta get the queens in somehow. Patti Murin sang her face off on this track; you guys are gonna like this. Hopefully this isn’t the end, and somebody will come up with a reason for me to finish this project!

Next week (if I finish mixing in time), something from You’re Gonna Hate This (just popped back into the studio with You-Know-Who!).